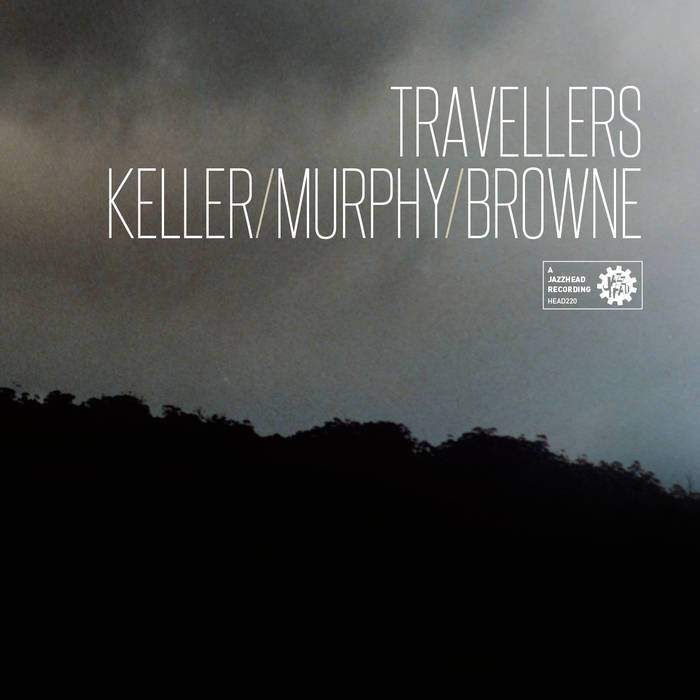 juliok Haven't stopped listening to this since it arrived. Stunning music with lots of heart from a trio with a highly personal sound. We are all just travellers passing through. All the more poignant now. Beautifully recorded and presented. Favorite track: Empty Garden.

The Keller Murphy Browne combination was a precious one. Emerging organically out of Al Browne's residency at Bennetts Lane, and a particular affinity between the three musicians that grew and simply grew, it had its own voice - as trios do. With Allan's passing in June 2015 this recording taken from two gigs in the Bennetts Lane small room in February 2015 has special significance.

I listen to Travellers on the train to my country home. I listen coming in to the city. The lambs gambol with more vitality with 'Queen for Tea' in the ears. Willows along a river are more evocative with Tamara Murphy’s bass, alongside the tender lyricism of Andrea Keller's piano in ' A Call, A Whisper'. And Al Browne ever perfectly present in the background. The heart contracts at the sound of Al reciting poetry in 'Empty Garden', and the landscape takes on extra meaning with thunderstorms looming and my own sense of dislocation palpable.

We are all travellers here, and you could do no better than to join this band of intrepid wanderers. Tamara’s strong hands and strong ideas imbue her with the qualities of a warrior. I would not mess with Tamara Murphy, but I would choose her at my back. She sees and plays patterns and the world makes different sense with her in it. Andrea is an intellect — and hers is an emotional intelligence. Quicksilver thinking, light, strong and sensitive fingers on the keyboard; a considered and infallibly creative touch. And behind them, always, Al with his gifts and enchantment; the witty, wiry conjuror of our Monday nights.

I'm only a listener, and susceptible to music. I don't know how a musician evokes this emotion or that. Without knowing which chord or combination or other technicalities carry me on the intention of the composer and player, I am happy to listen, and to go where I am taken.

‘It’s in our garden that I miss you most,’ recites Al. I am sure that Andrea and Tamara miss him everywhere. Fare thee well.

This journey is one I commend to you.

Andrea thanks Mick for his constant devotion and unstinting support; and
Jim, Eve & Luc for their love and vitality.

Tamara thanks Euge for his ceaseless inspiration, support and guidance; and Lania for throwing everything into perspective.