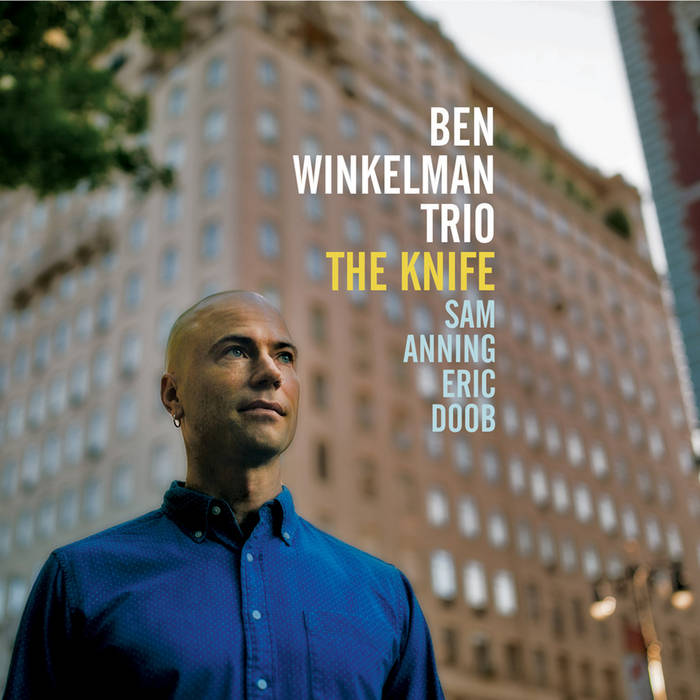 Award-winning jazz pianist and composer Ben Winkelman is touring nationally in March 2016 to launch his fourth trio CD, The Knife, out March 4 on Jazzhead in Australia and OA2 Records in the US. He will be joined by long term colleagues Ben Vanderwal on drums and Sam Anning (winner of the 2015 National Jazz Award) on bass.
Recorded in New York at Sear Sound and inspired by the highs and lows of getting acclimatized to life in New York, the thirteen original compositions on The Knife explore some of Ben’s diverse musical interests in a jazz piano trio setting. These include Cuban, Brazilian and gospel music, odd meter claves and through-composed miniatures.
Formerly of Melbourne, Ben has been living in New York since 2010, where he is active on the jazz, Latin and gospel music scenes. The Ben Winkelman Trio has toured extensively nationally and internationally, and has appeared at many of the national jazz and music festivals and on ABC TV.
Following the critically acclaimed Odysseys (2010 AIR Award nominee for for Best Independent Jazz Release), The Spanish Tinge (2007 AIR Award winner for Best Independent Jazz Release) and Stomps, Pieces and Variations (2006 Australian Jazz Bell Award nominee for Best Classic Jazz Album), the Ben Winkelman Trio continues to explore a fresh take on the jazz piano trio.

4.5 stars “The trio captures the ear, providing thrilling evidence of a stellar contemporary trio to rank among the best. Succeeds on every level.”  allaboutjazz.com (USA)
“Impressive, quirky and a tad wild.”  NYC Jazz Record (USA)
“The genuine article, a determined crossbreeder of styles whose music is inventive and often surprising. In the era of the postmodern piano trio, Winkelman’s already claimed his place at the table.” Cadence (USA)
**** "Splendid. Here we come a little closer to the divine." The Age EG
**** "Just when we thought everything possible with jazz piano trios had been done, this Melbourne trio's debut album forces a rethink." The Australian
“Winkelman shows his penchant for coloring outside the lines with grace and finesse.”  Midwest Record (USA)